Hechima, a.k.a sponge gourd or loofah vegetable. Many mainland Japanese do not consider eating this vegetable and instead make sponges from it. However, hechima is a staple in Okianwan cuisine. The Okinawan word is “nabera” ナーベーラー and “hechima” ヘチマ is the Japanese word.

While I was at an onsen resort on the mainland, I talked to some people about Okinawan food like hechima and goya. They had never eaten either, and were shocked to learn that these foreigners had. I guess it goes to show how different Okinawan cuisine is from typical Japanese cuisine. That being said, I will be the first to admit I do not love hechima, but tolerate it mostly because it is cheap. It can be very watery when you cook it, so you need to find a way to absorb or get rid of the excess water that comes out when it cooks.

There are simple ways to eat it; most involve some sort of stir-fry or sauté. When I asked the (older) Okinawan ladies that I teach eikawa (English conversation), they recommended spam and hechima fried in a bit of oil (okay, actually I think they said pork fat not oil, but do as you prefer). On a few restaurant menus I have seen hechima chanpuru (basically a type of Okinawa stir-fry); I also recently found a hechima tempura recipe, though I worry it might be a bit watery for this, perhaps the crispy tempura will balance it out. It is also a popular item to add to simple soups (an easy way is consumme soup, hechima cut into pieces, small pieces of ham, and some Japanese mushrooms). I suppose I will continue to try various recipes until I find something I truly like with hechima. Even my ladies admitted they did not like hechima as children, but it has grown on them, sort of a “soul food” for them now.

**Recipe for “Hechima Steaks” on this page, scroll down to find hechima.

In the picture below, hechima is on the far left. It curiously resembles a cucumber or maybe a zucchini in outward appearance a bit, but when you cut into it, you will see that it is much different. 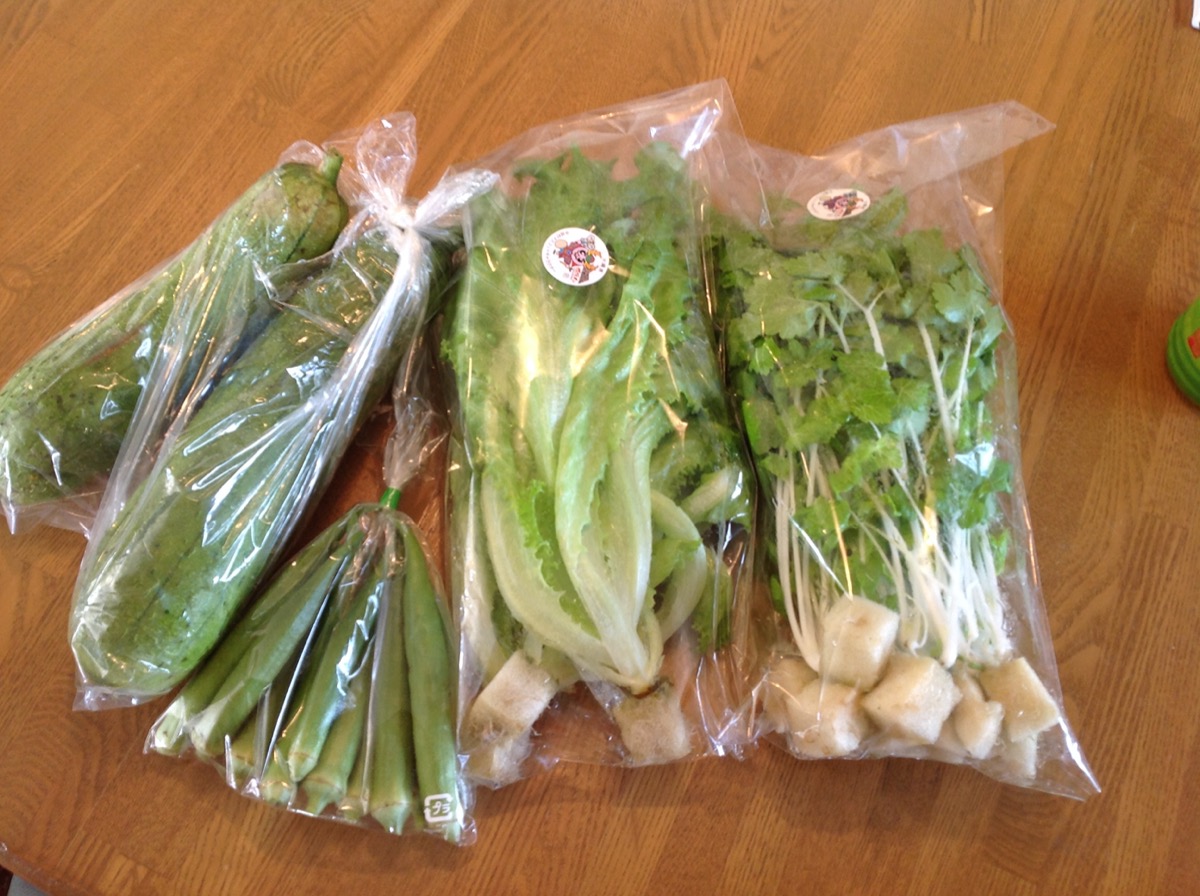