According to Japanese, turmeric (called ukon ウコン in Japanese,  ucchin うっちん in Okinawa language) is good for your liver.

Ukon tea and ukon “health” drinks are pretty commonly found; in the conbini there is often a drink case with rows of small bottles with pictures of livers (or sometimes drunk/hungover people) on them, and the main ingredient in these drinks turmeric. There are types to drink before a night of heavily drinking alcohol, as well as some for after you have drank a lot of alcohol. I have not clue which actually works better… maybe try one of each.

These “hangover cures” are made by many companies… some popular ones are Heparize  ヘパリーゼ and Ukon no Chikara ウコンの力 (turmeric power). These drinks are easy to find in drugstores (薬) and conbini (like FamilyMart and Lawson); this is probably due to the fact that salarymen/women, students, social circles, etc., are expected to get completely sloshed at get-togethers with colleagues, with clients, with current or former classmates, whoever. It is simply a part of Japanese socialization in society. More on this later… but as side note, the Japanese word for hangover is 二日酔い futsukayoi (literally, to be drunk for 2 days).

It is also easy to find turmeric root here in the markets. They sort of resemble ginger root, so be careful and make sure you read which one is which. Using turmeric root can be interesting and healthful to add to your cooking, but it does stain everything a yellowish-orange… so don’t use the nice towels to clean up.

A far as turmeric tea, this is easily found in the grocery store in the aisle with the other teas. It will be labelled either ウコン茶 or うっちん茶, usually depending on if it is Okinawan or from somewhere else. 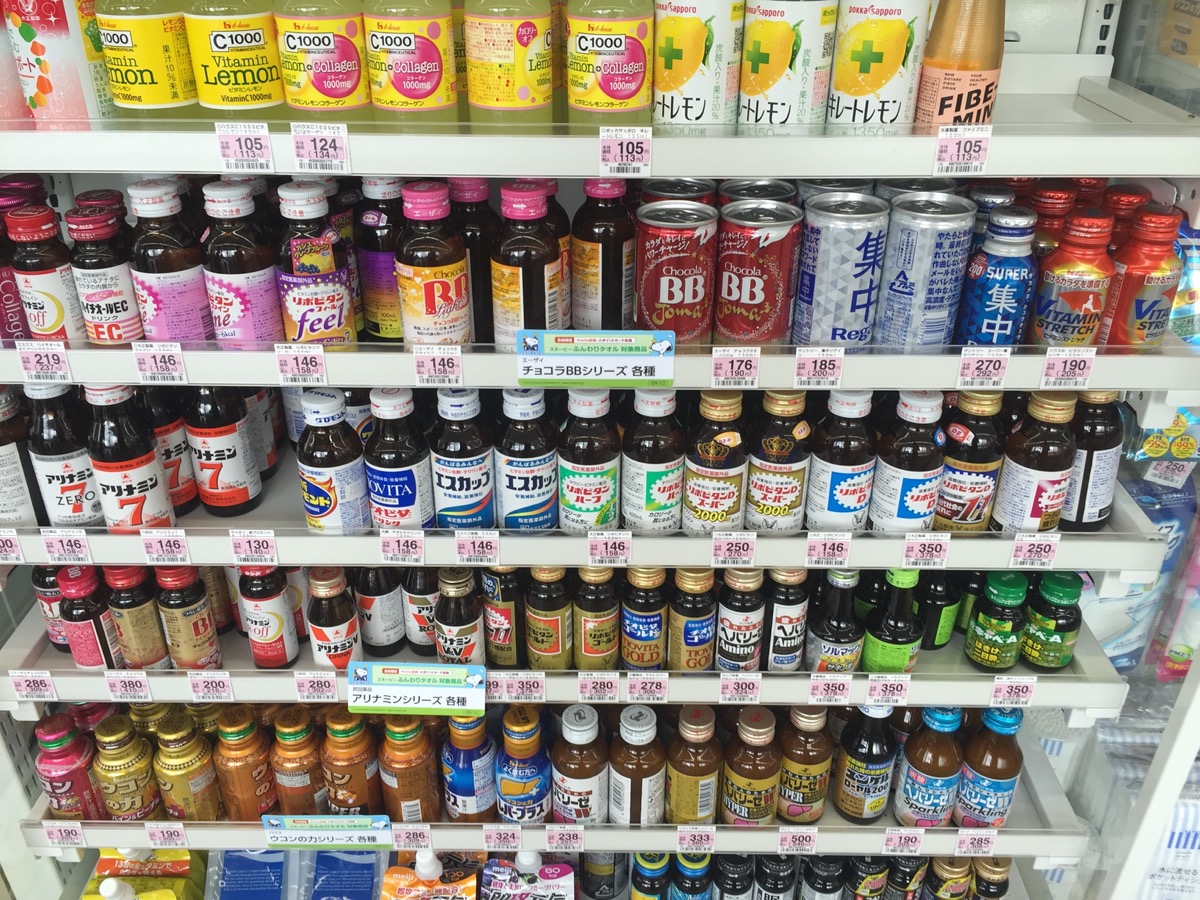