沖縄赤黄箸: 沖縄 is Okinawa, 赤 aka is “red,” 黄 ki is “yellow,” and 箸 hashi is chopsticks. So this means Okinawa red-yellow colored traditional chopsticks.

Chopsticks are know as hashi 箸 in Japanese, but in Okinawa they are called umeshi うめーし (you may also see the romanization as ume-shi or umeeshi due to the long “eh” sound). These chopsticks came to Okinawa during the Ryukyu Kingdom era, with origins from China. They are made from bamboo.

The red part of the umeshi is to represent the sun, and is painted in lacquer, used as a handgrip. It helps prevent them from slipping in your hand.

The yellow part of the umeshi is to represent the moon, and is dyed/colored by rubbing it with turmeric (known as ukon ウコン in Japanese, ucchin うっちん in Okinawan), which is traditionally believed have antibacterial or sterilizing properties. Though these days, companies just move to more commercial dyes or paints.

Some theory also says the red can represent passion, protective amulet/ward, or human blood, while the yellow represents the sun.

These umeshi are still found in local restaurants and shokudo, but are becoming less common as people move towards the disposable hashi. I recently received 2 pairs as a gift; my initial thought was a bit, hmm, odd choice in hashi (sort of plain, no fancy pattern like you often see with Japanese hashi) but then I realized the tradition and culture behind these umeshi and was very grateful to receive such a kind gesture and gift with special meaning. Now I admit these have become my favorite pair. 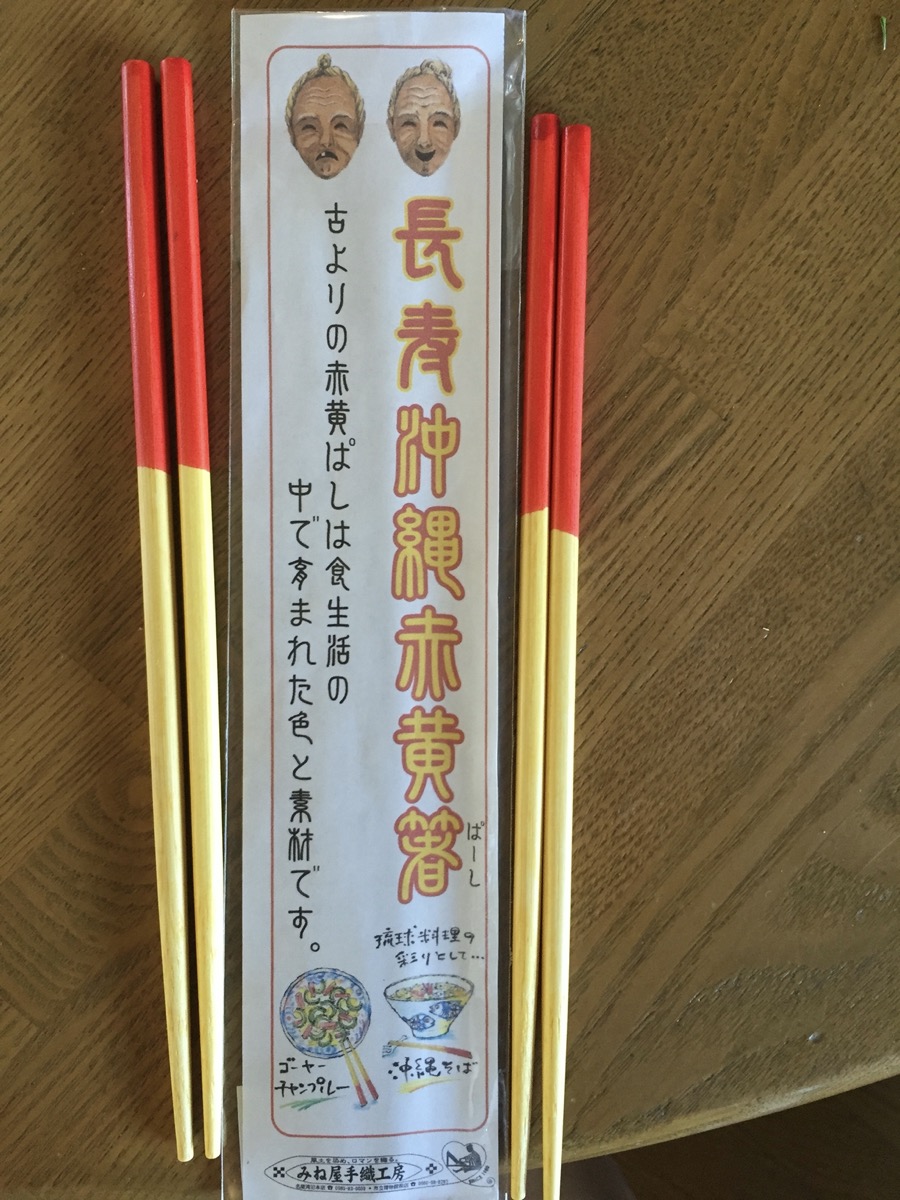