秋のお彼岸 aki-no-ohigan means the week of Autumn Equinox; only the actual day of Shuubun is a holiday, but some older traditions celebrate during the entire week (3 days before plus 3 days after). It is a time for “harvest festivals.” While in the rest of Japan it may be more typical to visit graves, in Okinawa it is usually just observed at home at the butsudan (buddhist altar) and the hinukan, but it is possible that you may still see a number of people out visiting and cleaning graves during this time.

Fuchagi, a type of Okinawa mochi, is a popular food and altar offering during this time.

Here in Okinawa, the weather may start to cool a bit, but for the most part the weather here is still fairly warm, compared with mainland Japan.

The SanA grocery store has been advertising for pre-orders of party platters for Shuubun 秋分の日 (秋彼岸 akihigan, or 秋のお彼岸 aki no ohigan, Autumn equinox week). There are various foods served during this time, pretty similar to what you see in other traditional Okinawa gatherings (pork, kamaboko, etc).

In mainland Japan, a traditional food is ohagi おはぎ, a glutinous rice ball covered in sweet red bean paste; some also have goma ごま (sesame seeds) or kinako きな粉 (toasted soy flour) coating them. They are meant to represent an bush clover (called “hagi” in Japanese, a symbol of Autumn) and are used as offerings to the ancestors (yes, another time of year to pay respects to ancestors, deceased family members).

Ohigan literally means “the other shore,” meaning the other side of the river which divides the living from the deceased in the afterlife according to Buddhist tradition. 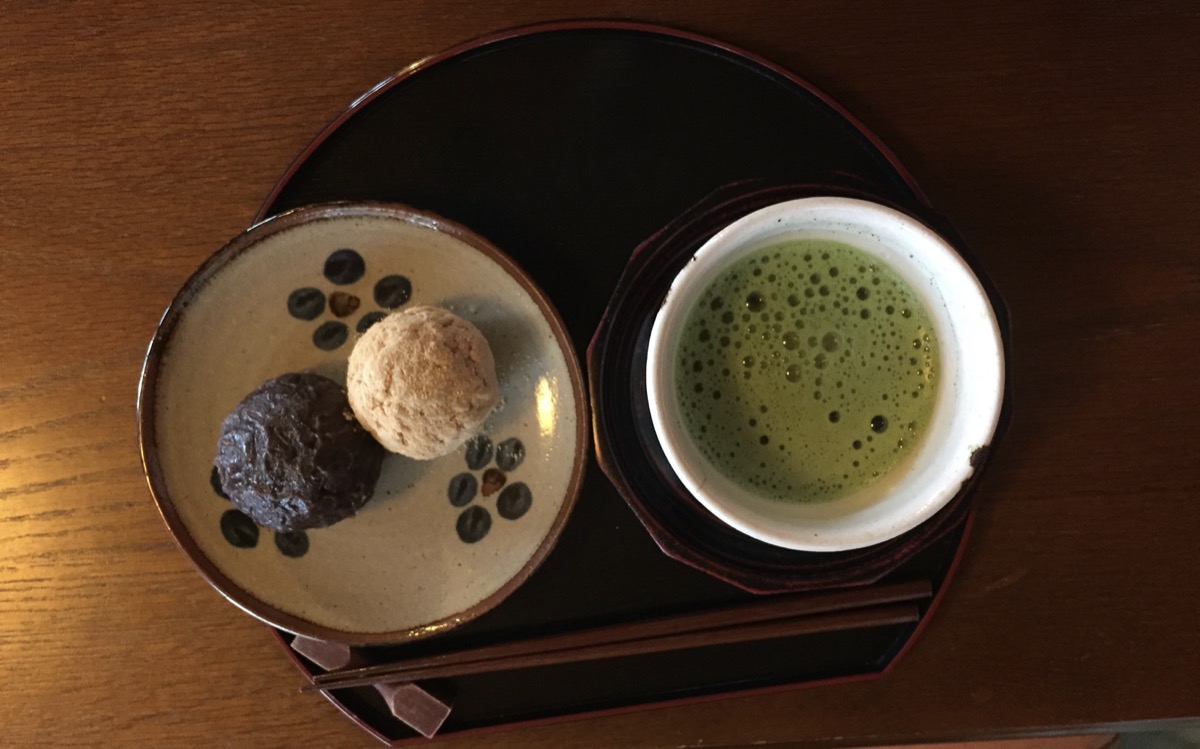