This obviously has roots in Chinese culture. The shishi dog-lions are similar to shisa dog guardians; they are meant to protect or ward from evil, and to bring prosperity. Okinawa lion-dogs have hairy bodies, unlike the mainland, and lacquered heads made from the wood of Diego trees. Each region is a bit different in style, as well as dancing.

Shishimai are popular during traditional celebratory events, such as the New Year and Harvest festival (豊年祭 hounen-matsuri, around juugoya). Ryukuan lion dance is bit different from the Chinese style; less acrobatic, and usually larger or bulkier. There is a “handler” that sort of leads them around as they perform.

This is a terrible picture… hopefully I can get some better ones this year. This is the style of shishi lion in my village; he has a green lacquer face and and brown dreads. 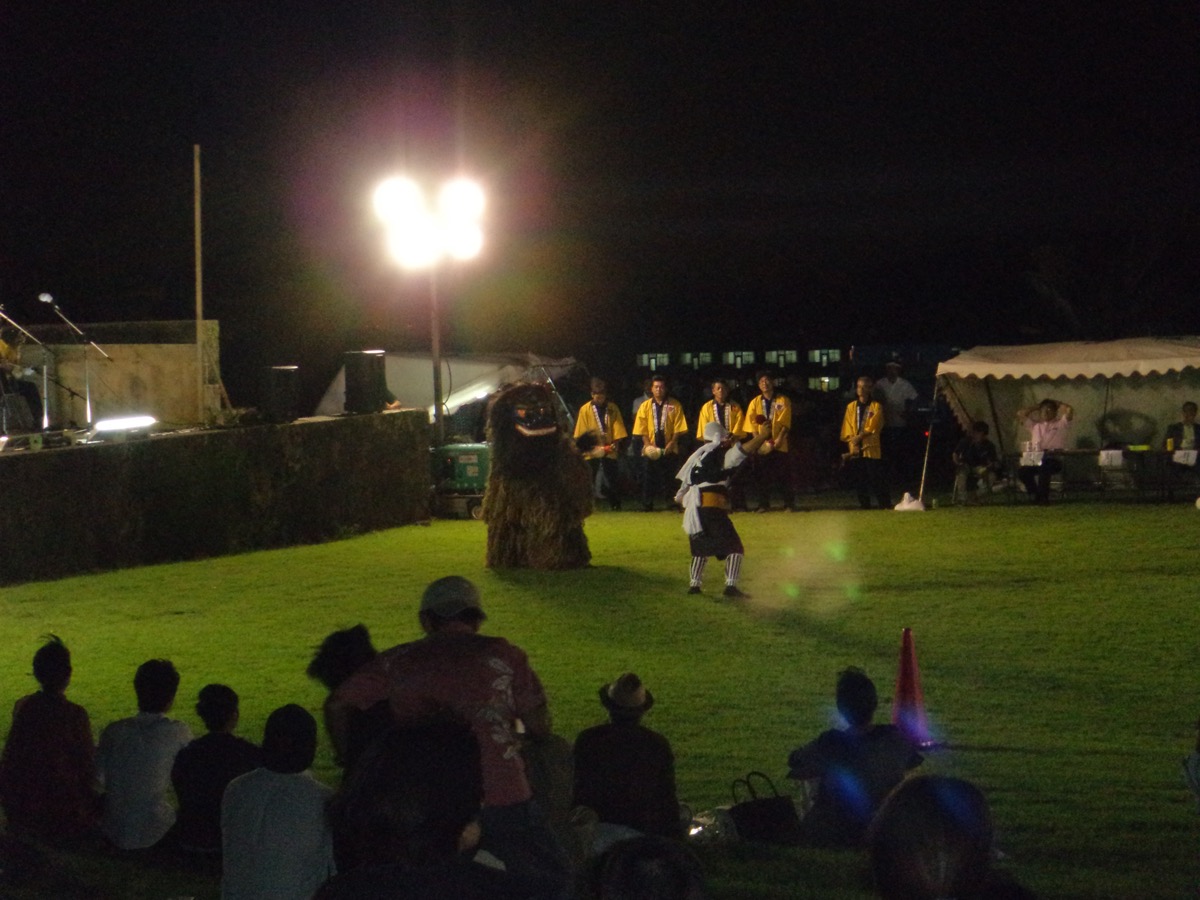 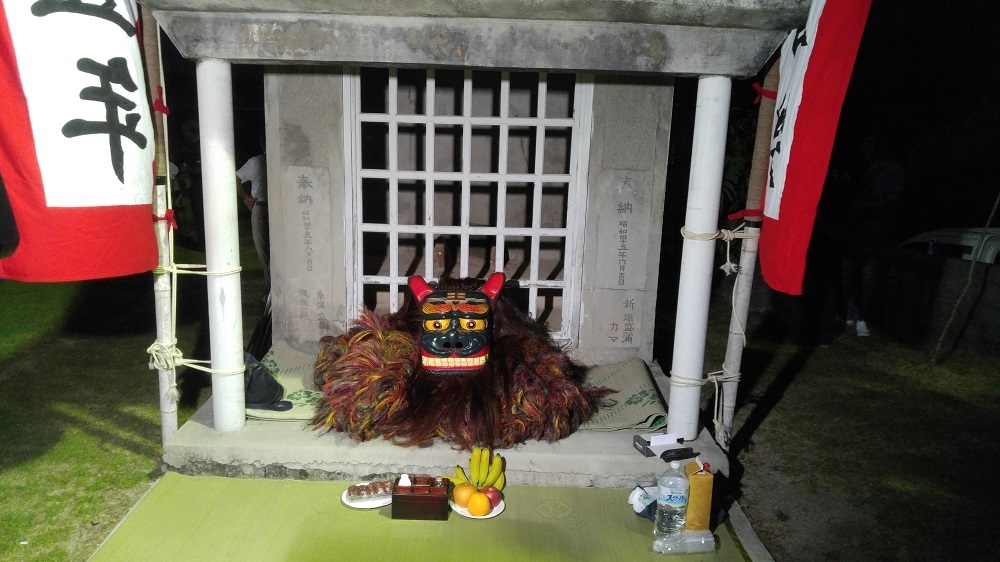