They are small cookies (biscuits), made mostly of lard, flour, and sugar. NOT recommended for vegetarians or Muslims, since it is usually pork lard. Some day you may get lucky and find some that are plant-based and do not use pork, but I can honestly say I do not remember seeing very many.

You can find various flavors such as brown sugar, salt, milk, sweet potato, chocolate chip, and even sakuna. Fashion Candy even sells some that are dipped in chocolate coating. 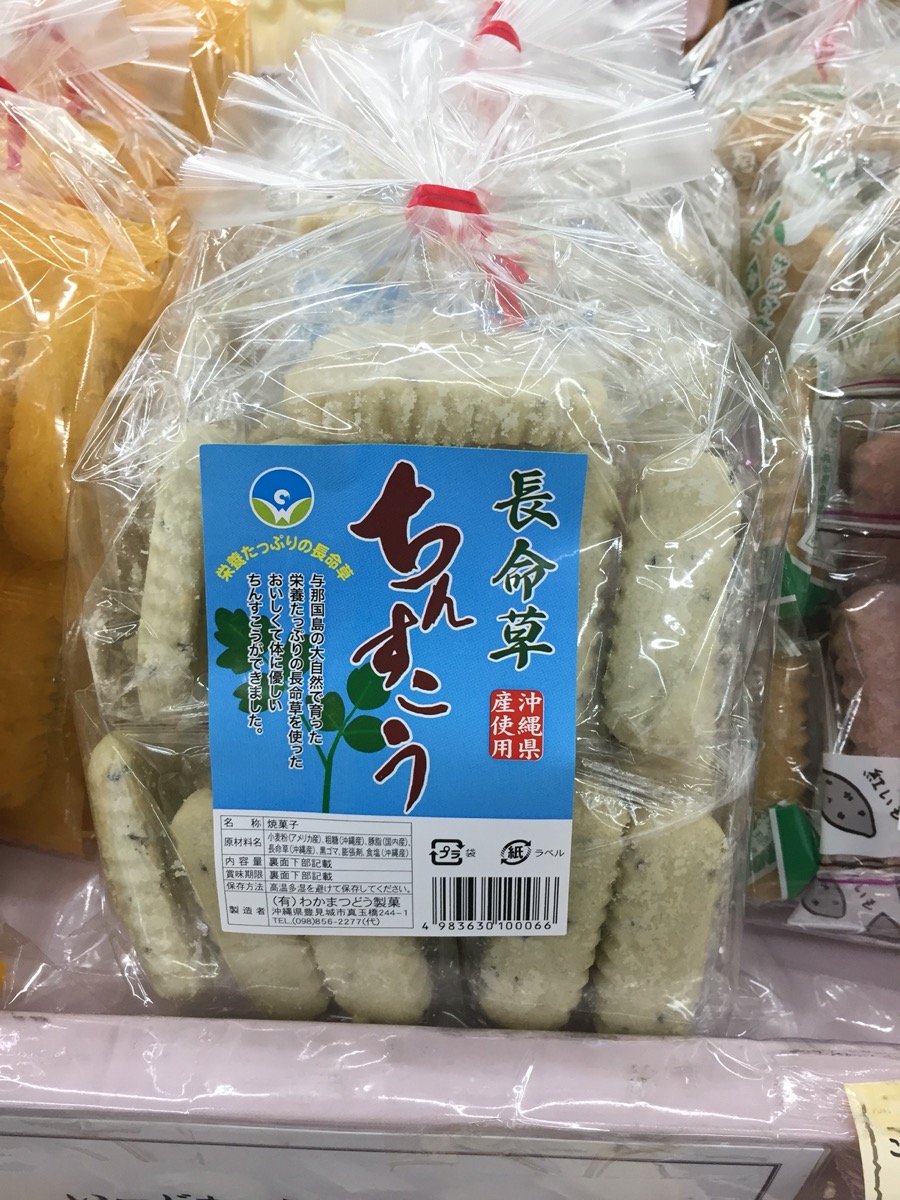 As a final note, I am gonna put in a little weird “warning.” On Kokusai-dori, and well, even the airport, you will see some boxes of chinsukuo that have cartoon babies with the ding-dong hanging out. Why…? Well, that is because of the word “chin.” Chinchin or chinko are ways to say “penis” in Japanese, and shortened “chin” can hold a similar meaning (depending on how it is used, though my knowledge of inappropriate slang in Japanese is not extensive). I will be honest– I have bought these and sent them to a friend who could appreciate the humor. The brand is 子宝ちんこすこう “Kodakara Chinko-sukou,” so a play on words of chinsukou. The cookies themselves are a bit specially shaped as well. Just don’t be too shocked to see this this boxed version of the cookie out and about.

Here is a picture of them that I censored (lol): 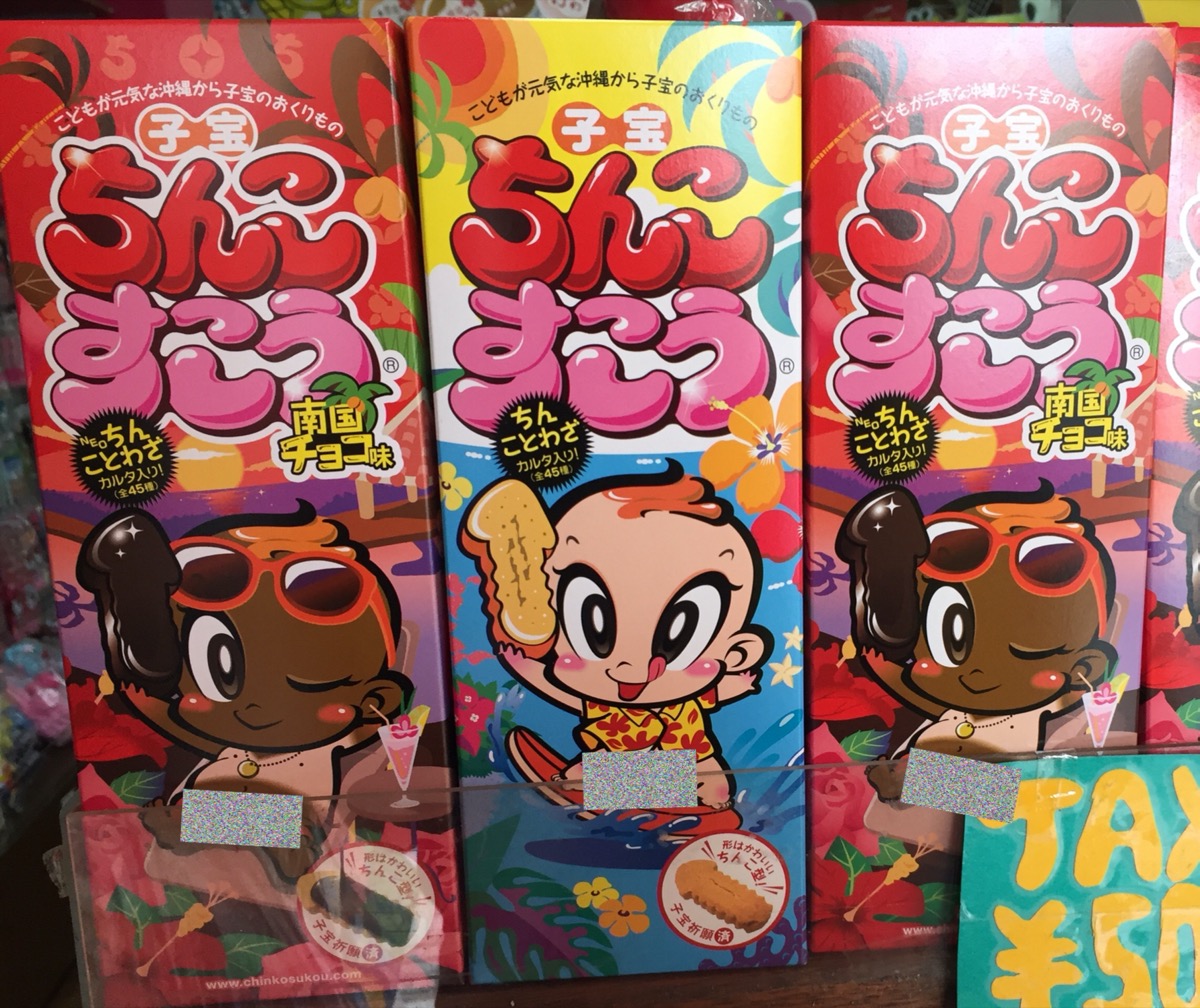