酒 sake is a general term in Japanese for “alcohol.” Unlike in Western usage, it can include beer, wine, whiskey, chuhai, plum wine, shochu, and of course, various types of rice wine or liquor.

日本酒 nihonshu means “Japanese liquor.” This is what foreigners typically call “sake.” Ask a Japanese person for sake, and they would be confused because it is not very specific. They might even just hand you a beer. Here in Okinawa, they may even assume you just mean the local booze awamori 泡盛.

There are many types of nihonshu; I list a few here, but I will have to add more later.

にごり酒 nigori is a cloudy liquor.

生酒 nama-zake is unpasteurized, and difficult to find unless you go directly to the brewery. It must be refrigerated and usually consumed within a week or 2.

The following special designations are specified by the Japanese government and will be shown on the label. Basically they vary the ingredients and brewing technique, etc.

junmai daiginjo 純米大吟醸: this is considered the highest quality of nihonshu. Below is a picture of a bottle I received as a gift.This brand is Kubota 久保田 from 新潟県 Niigata prefecture. This particular brand gets a very high rating and is considered excellent quality. After trying it, I agree. 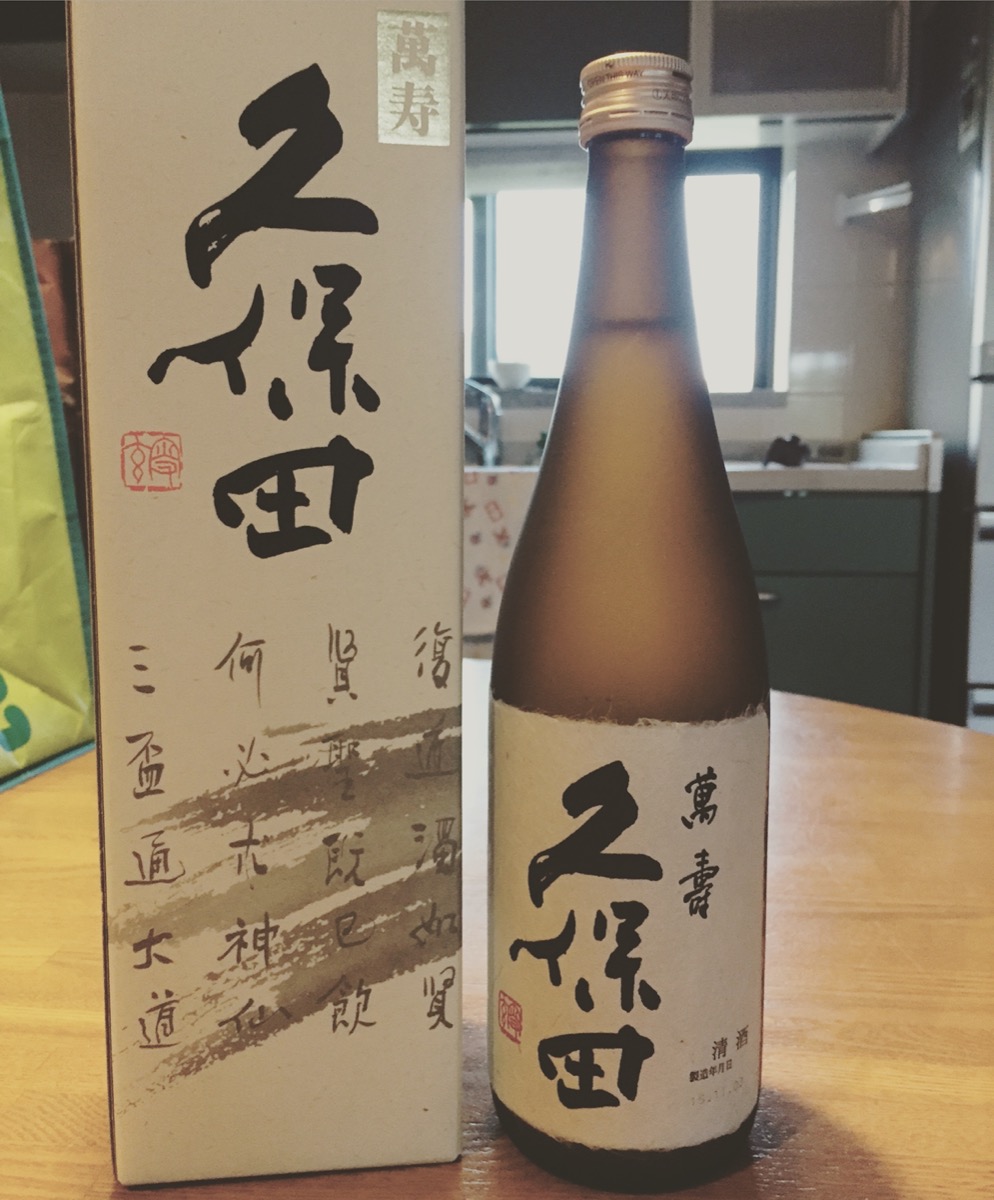 It is hard to know how to pick a good tasting sake/nihonshu when shopping about the store, so whenever you are on the mainland of Japan, visit some breweries and do some tastings! There are many out there. I have visited ones in Fukuoka, Kobe, Tsukuba, Ehime, and Nagano.