Suika スイカ is the Japanese word for watermelon. Watermelon are a summer food here, and when I see them sold in the grocery stores, there is often a speaker playing cicada chirping by them (as a way of advertising, but it seems a bit odd to me). The prices for watermelon can be quite steep here; in a regular store it typically starts at 800円 at the cheapest, but often is more like 2000円. I mentioned in another post that westerners will frequently buy tougan 冬瓜 thinking they got a great deal on watermelon (tougan are probably like 300円) and then suffer disappointment when they cut it open. Alas, if you see a large elongated green produce, no stripes, for a cheap price– IT IS NOT WATERMELON! I was really surprised when I first heard of foreigners doing this… I think this is why it is so important to learn some basic Japanese while living here, even if it is only for a short time. Mistaking winter melon for a watermelon never really occurred to me, perhaps because I was  fairly immersed in Japanese language from the moment I arrived on the island, not really protected by the culture of the American bases.

Nakijin town is famous in Okinawa for its watermelons. During the middle of summer, if you drive up to the Motobu peninsula, you can often find small roadside farm stands selling (imperfect) watermelon as cheap as 500円! Roadside stands are amazing; it allows farmers to sell produce at an unmanned stand where customers simply drop the payment in the collections box. If you see a small wooden stand on a rural road, stop and check it out. My neighborhood has a bounty of these boxes and I am always getting cheap fruits and vegetables from my neighbors small gardens. Talk about eating local. Occasionally some farmers will drive their vans down to the southern or central parts of the island to sell their produce slightly cheaper than the stores– my advice, always stop, you usually get a decent deal.

There is an old-fashioned watermelon smashing game played by children (and just as often adults…) in Japan called suika-wari スイカ割り. Usually it is played on the beach; the watermelon is put on a mat and it is a bit like piñata. One at a time, a player is blindfolded and tries to crack open the watermelon with a stick, and the first to crack it open wins. 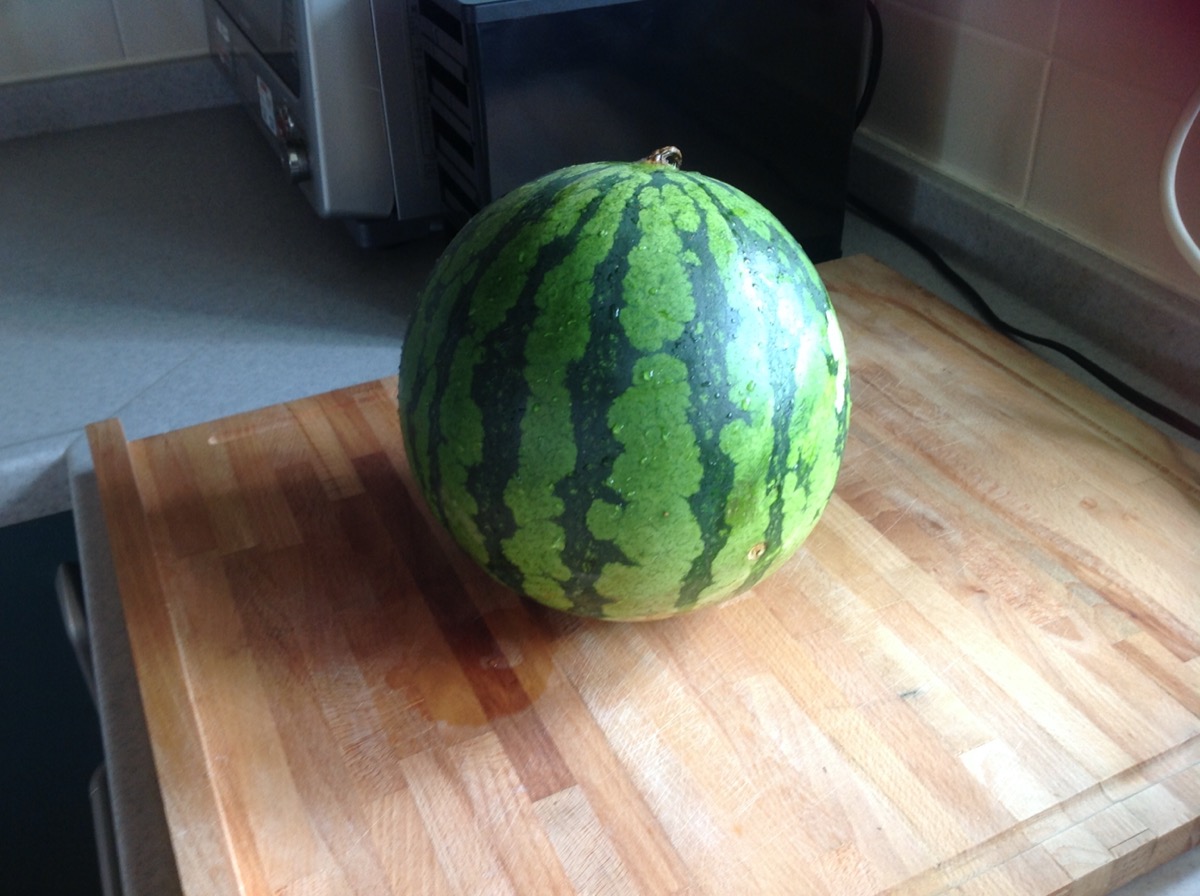 One thought on “Watermelon: スイカ”