さんぴん茶 sanpin-cha is the popular Okinawa jasmine tea!  Sanpin-cha is considered Chinese-style tea, with a lovely fragrance.  On the mainland it is usually labelled ジャスミン茶 Jasumin-cha. Typically it also has a lower caffeine content than regular tea.

You can find it in cans (as shown below), bottles, tea bags or loose tea in every grocery store and market here in Okinawa. There is usually a really pretty Ryukuan or island flower design, so it is very eye-catching. Sanpin-cha is not sweetened, so I think some Americans do not care for the taste, but it is very refreshing and zero calories which is good for you. I think just about conbini and vending machine in Okinawa sells cans or bottles; every time there is a lab BBQ or get together, sanpin-cha is guaranteed to be there. I know some people who make a cocktail from sanpin-cha and awamori (island liquor). 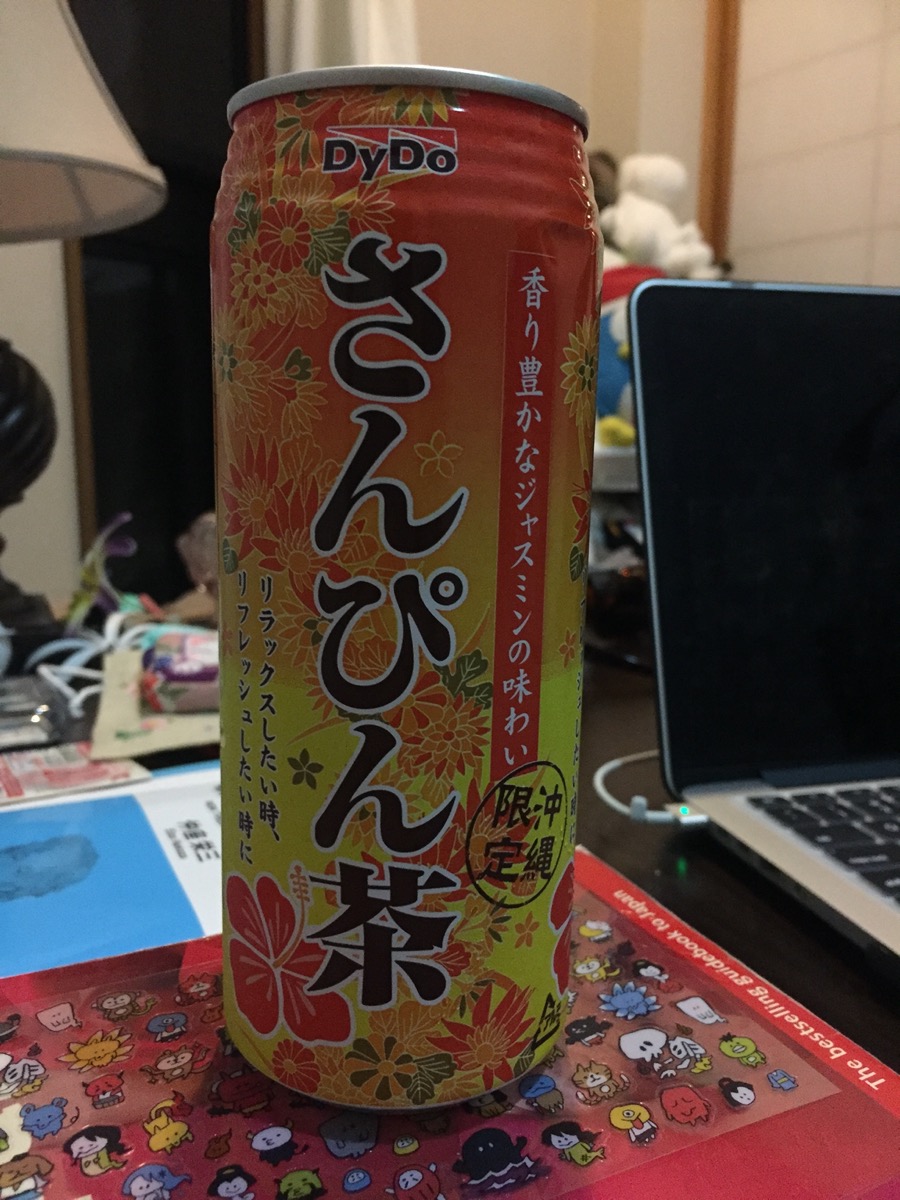 I also like this one with the shisa design: 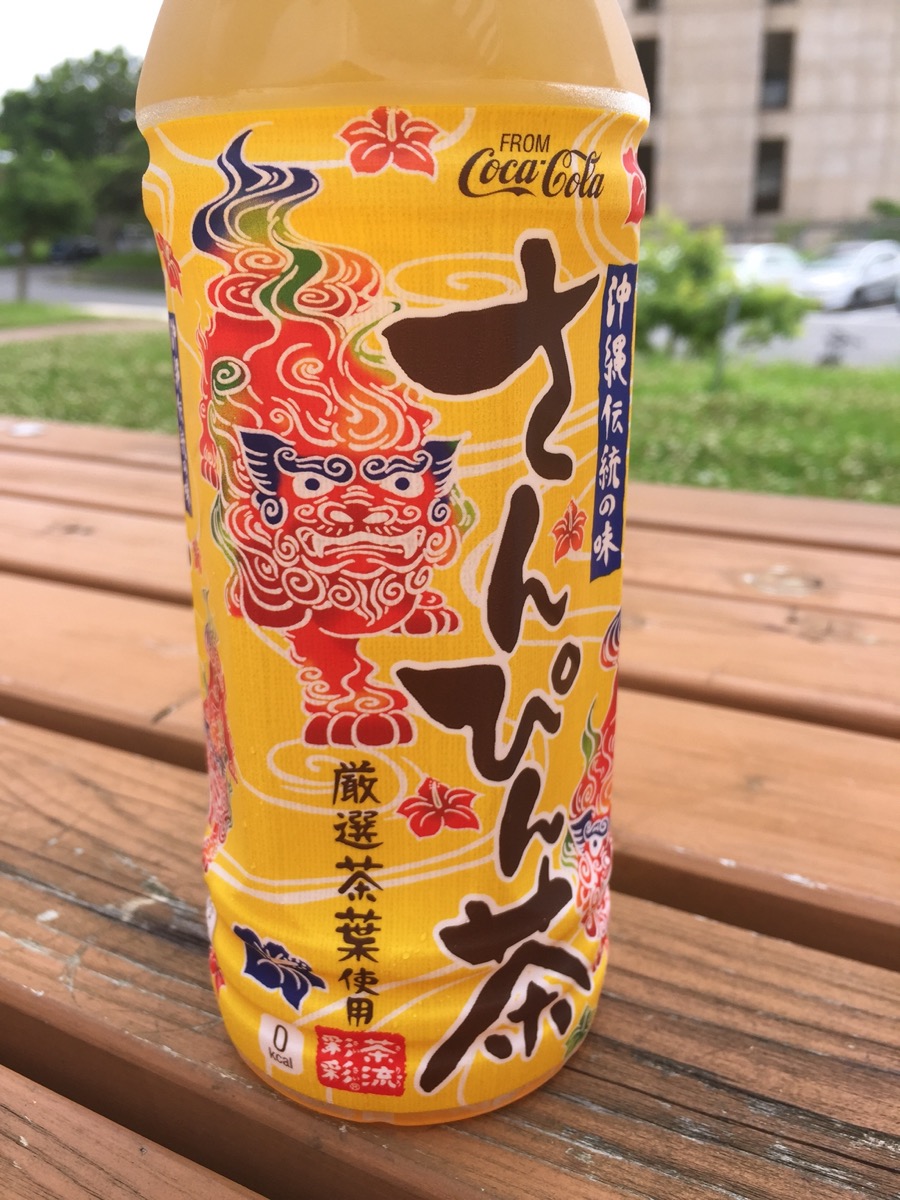