ハチグヮチ hachi-gwachi in Okinawan language (八月 hachigatsu in Japanese) means 8th month. This refers to the 8th month in the lunar calendar, so more around September time frame than August. Several days throughout the lunar year there are umachi ウマチー days (Okinawan for festival day, or matsuri まつり in Japanese), in which special traditional observances are held. The 7th and 8th lunar months are particularly busy, first with Obon and then with Autumn Equinox week.

Besides Juugoya, or juuguyaa in Okinawan (Tsukimi 月見 moon-viewing), on the 15th of the 8th lunar month, there are some other traditional days in the Ryukuan calendar.

On 8/8 (double numbers are always considered lucky), is the celebration of Okinawa longevity called Toukachi (tokachi, tookachi) トーカチ. This is similar to 米寿 beiju celebration (88th birthday year) on mainland Japan. Those who turned 88 in the current lunar new year are celebrated; these days, it is now a small family affair with traditional foods (pork of course, some fried foods, kelp knots, and such), a bamboo decoration called toukaki 斗掻 (とうかき) in Japanese and tokachi トーカチ in Okinawan (hence, the name of the day), and perhaps a ceremonial bingata kimono in the Ryukyuan style. The mall displayed the longevity celebration parade car. 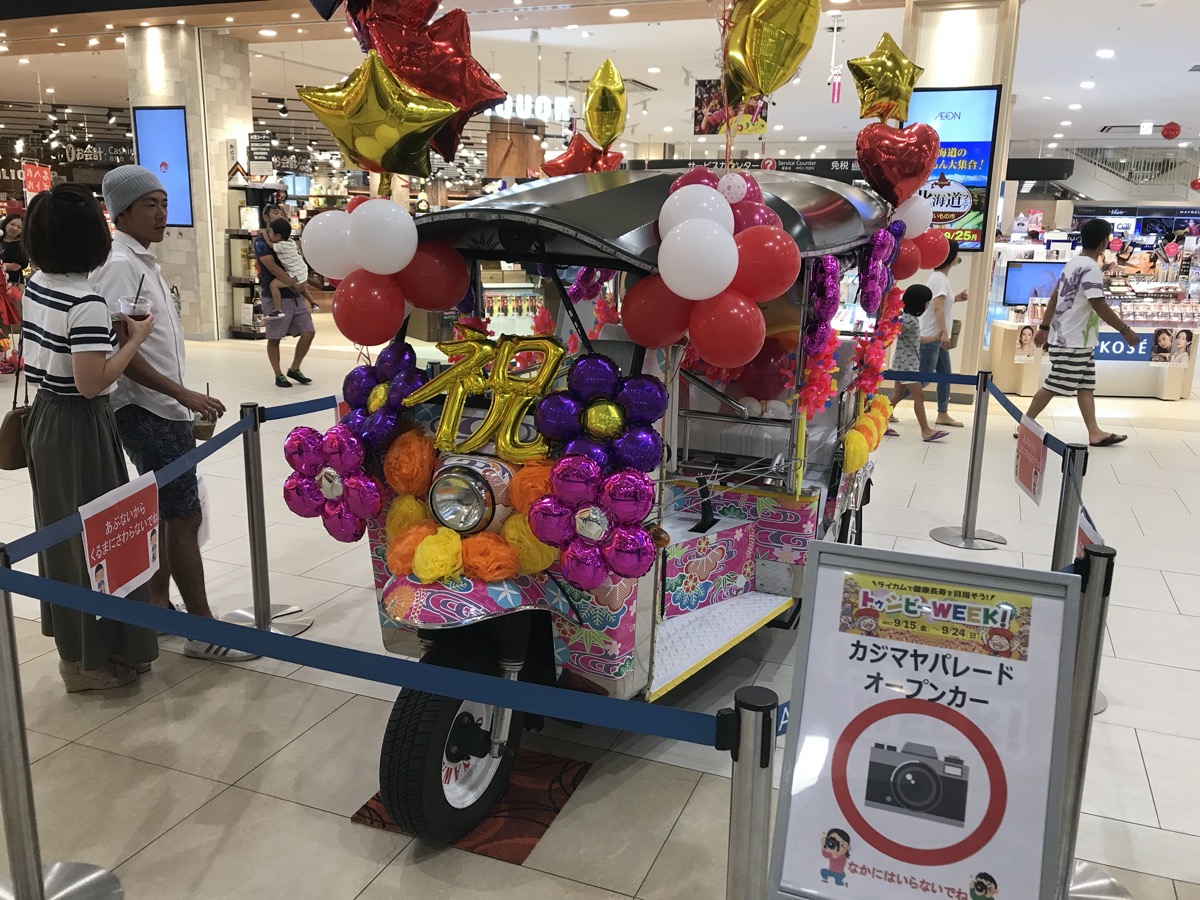 Another one of these special days is on 8/10, called Kashichi カチシー; this day is to pray for health offering to the buddhist altar (butsudan) and the family fire-god (Hinukan).

Kashichi カシチー is called 強飯 kowameshi in Japanese. Kashichi is glutinous rice mixed with red beans and is offered at the butsudan (altar) and the hinukan. See the recipe below.

A Shibasashi シバサシ (柴差し) is attached to the pillars of a house from the 9th to the 11th days of the 8th lunar month (most calendars mark it officially as the 10th); it is pampas grass (susuki ススキ) and mulberry branches bundled into an amulet, then placed at the four corners of the house and/or the gate (also the well, the barn, and any food storage buildings traditionally) in order to ward off evil, specifically majimun マジムン which are Okinawan ogres/demons/evil spirits. The amulet is made into a shape called サン san, like a sangwa サングァー. 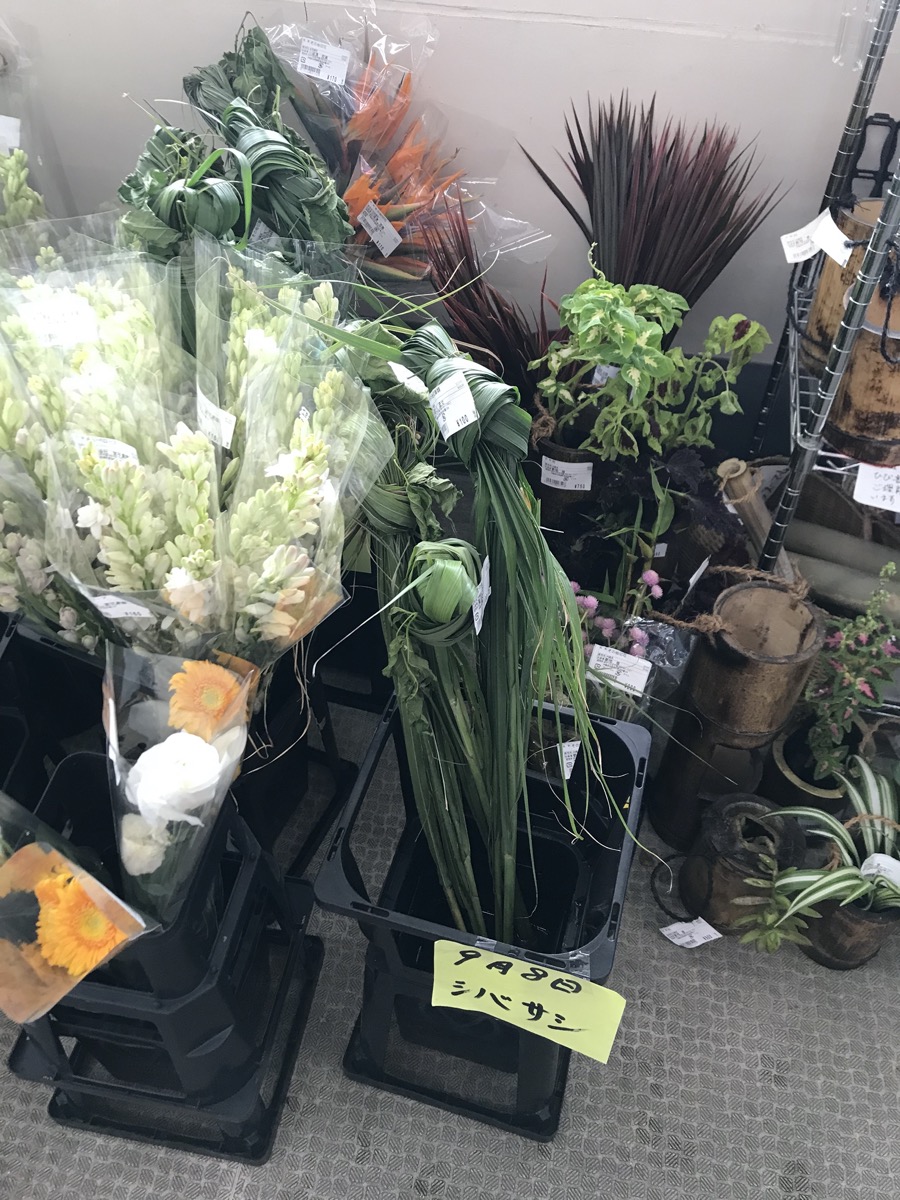 Around this time are also 豊年祭 hounen-matsuri, or harvest festivals, in English. During these, you will see tug-of-war (Tsunahiki) and lion dances (shishimai), among other traditional songs and dance. Many of these will occur on the 15th day (same as juugoya), though in my surrounding neighborhoods they wait until the Friday or Saturday after juugoya.

Kowameshi (kashichi) 強飯 (カシチー) recipe: This is mochi rice (mixed with regular non-glutinous rice) with red beans. It translates to “strong rice” because made with mochi-gome もち米 (glutinous rice, which is a firmer mouth-feel). Traditionally, this type of rice was only used for special occasions.

Wash beans, put in pot over stove with 1.5 cups of water (add more water if needed). Once it is boiled and soft, strain in a colander, keeping the boiled water for later.
Wash the rice for 30 minutes before the cooking. I use a rice cooker.
In a pot, add boiled bean water , mix with salt, rice, and cooked red beans. Pretty simple to prepare.