In Okinawa City 沖縄市, Gintengai shopping arcade 銀天街 at Koza Crossing コザ十字路 is home to a set of large wall murals spanning about 180 meters, depicting the past, present, and future of Koza Crossing; the history of a thousand years in Okinawa City is depicted. It is painted on the walls of the arcade street in a Japanese scroll painting style.

There is a large dragon, a mythical beast symbolizing the ability to fly through time and space, used in the central theme. The dragon is a symbol of the Kingdom of the Ryukyus, watching over since the Goeku gusuku era, and guiding the city into the future. It was believed in Ryukuan mythology that dragons were powerful beings that lived in their own underwater kingdoms. Ryugu-jo 竜宮城 (or 龍宮城), the dragon king’s palace, is said to be at the bottom of the ocean near the Ryukyu islands (Okinawa) and belongs to Ryujin 龍神 (the name of the dragon king/god in Japanese). The palace is made of red and white corals, guarded by dragons, and full of treasure. As it represents a symbol of sea power, the king adopted the dragon as his symbol, and therefore Shuri-jo is covered in dragon decorations. Around Okinawa you will also see dragon symbols and decorations, particularly by ports or harbors.

It is divided into 4 main sections, beginning with the Ryukyu Kingdom era (specifically Goeku Gusuku era, 15th century), then to the war-time era of Koza (1945-50s), continuing into Vietnam war era (1960-70s), and into the present/future.

(1) 15th century: These illustrations are related mostly to the history of Goeku gusuku, showing thriving eisa and other traditional culture.

Sho Taikyu 尚泰久: sixth of the line of the first Sho Dynasty and named Prince of Goeku (part of Okinawa city). His reign of the Ryukyu kingdom was from 1454–1460.

Sho Seni  尚宣威: reign during 1477 (for only 6 months). Also a Prince of Goeku, after he abdicated his throne (inherited from the death of his older brother) to his nephew.

Uni-Ufugushiku鬼大城: (uni is oni 鬼 in Japanese, meaning “demon”). He was a Ryukyuan scholar, aristocrat, master fencer, and attendant to royal princess Momoto Fumiagari, who he later married (a long, complicated story involving Lord Amawari of Katsuren gusuku and Lord Gosamaru of Nakagusuku).

Shows the influence of the American military rebuilding after the Battle of Okinawa and WWII, and the destruction of the Goeku gusuku with a picture of General MacArthur. There is also the term “champuru culture,” チャンプルー文化, to describe this section, meaning that due to the American military influence, a mixed and unique culture was born.

The district was known as a black district, so it had a unique atmosphere; it was called Teruya kokujin machi 照屋黒人街, literally: Teruya black (person) city/street as it was primarily set up for African-American GIs. After the return to Japan, the development of the shopping arcade and the bustle of economy was booming.

(4) Present and future: This final sections shows the head of the dragon ushering the city into the future.

As part of the mural, there is also a bench that looks like machikaji マチカジ（松風, a local traditional snack that is tied like a ribbon, you can also spot it in the mural itself), as well as some tempura motif benches. The mascot of the street 天ぷらのぷーらくん Tempura no Puura-kun is painted into the mural as well; try to look for him in each section as he transcends time and space.

**There is PARKING at the Goeku park across the street; to get there, go BEHIND the Kanehide, then to the side towards the “river” (drainage ditch) and there will be a small lot, enough for about 4 cars. 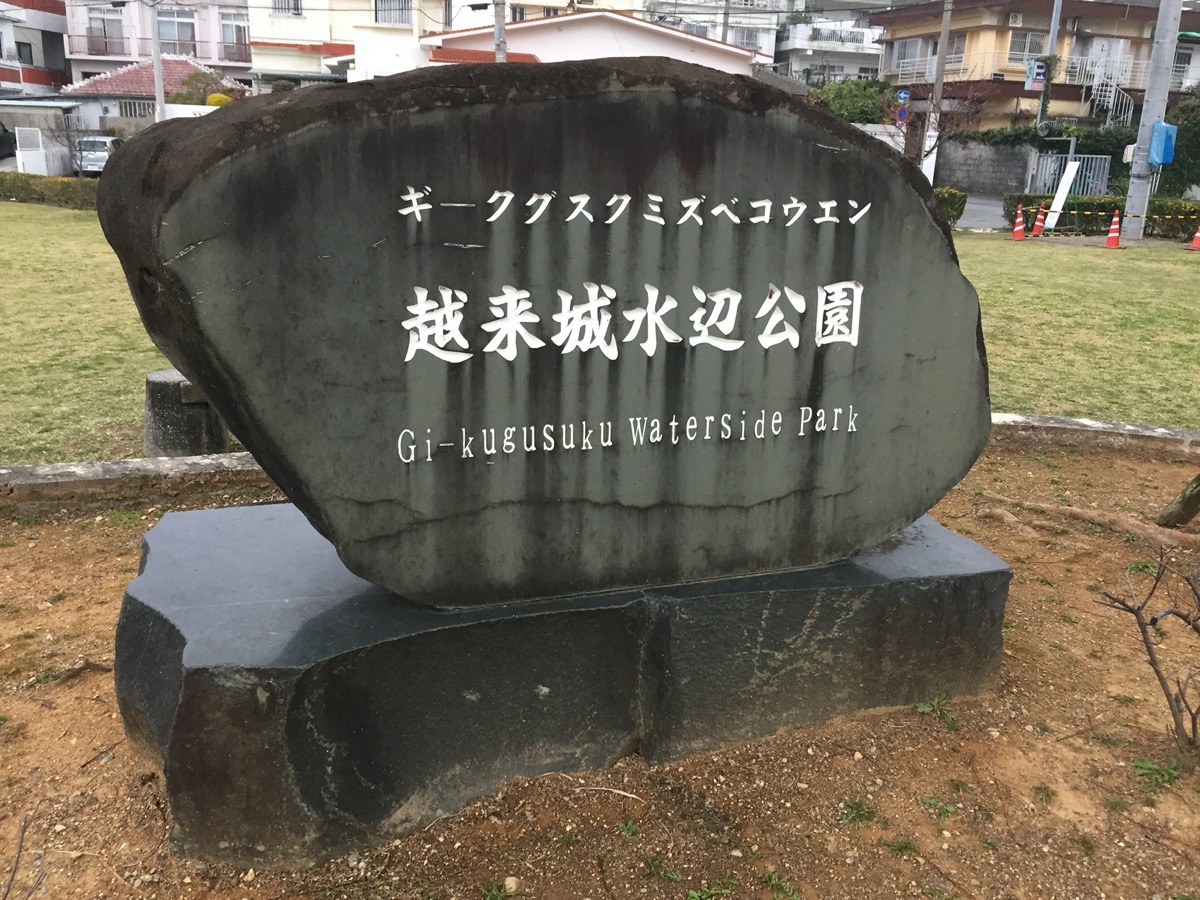 Location of the mural is at Rt 329 and 330 crossing, approximately here:  https://goo.gl/maps/ZDFwnDcYR6v