イケ麺 ikemen: a play on words of “cool guy” and noodles.

So who doesn’t love ramen and chocolate? Well, actually I am not a huge fan of chocolate, and do not eat a lot of ramen since it is typically meaty. But I digress.

I couldn’t help but feel a little curious when I saw these candy bars sitting in the conbini. It was cheap, only 40 yen.

Snack ramen スナック麺 is a popular crunchy treat (well maybe among students)… basically just dried and seasoned ramen noodles. So a popular candy bar, Black Thunder, created a new treat “Ikemen Thunder” イケ麺サンダー. It has a cheesy looking “ikemen/cool guy” on it, and is similar to regular Black Thunder with the addition of snack noodles inside instead of cookie.

Well… it’s kinda good. It is sort of salty combined with sweet. Though after just the one I felt a little sickly sweet. I enjoyed the crunch of the noodles, though there was kind of a weird “ramen soup flavoring” aftertaste that lingered. By the way, not actually suitable for vegetarians due to the snack ramen being flavored with chicken and pork extracts. To be honest, I tend to ignore many of these things otherwise I would never get to try new things.

In Okinawa, this ikemen thunder candy bar is only available at FamilyMart. There are 3 different packages with “cool guys” on them (all the same inside). 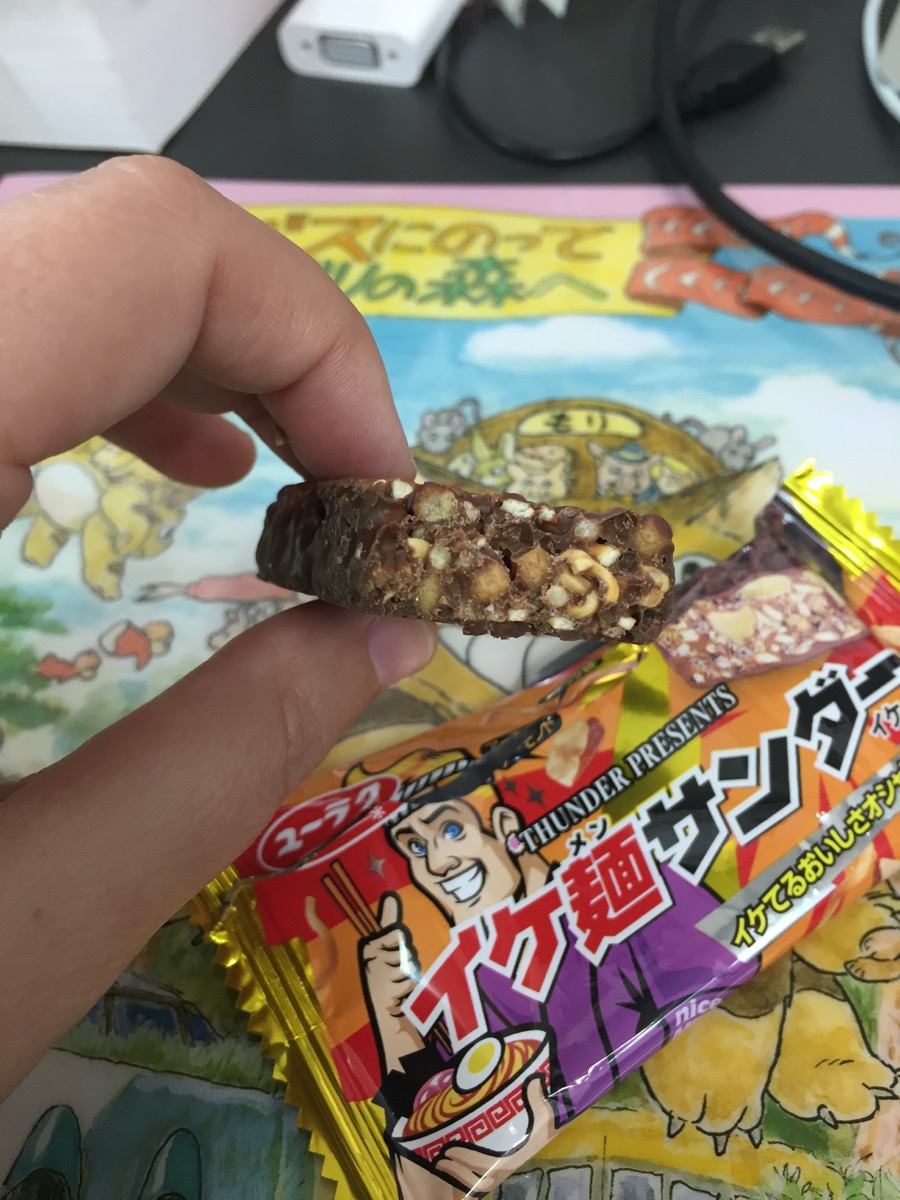