It is kind of a weird thing, I guess. You can find it in all shapes and sizes; from cubes to noodles. It is becoming more popular with westerners because of the “zero calorie” and high in fiber.

I feel like the taste and texture do not really stand out as odd or strong to me. It is kinda chewy, so maybe some people would not like it, but I don’t feel it is overly rubbery or anything. Basically I will eat it if it is served but I don’t usually go out and buy it much. It is nice to have in nabe 鍋 (hotpot) dishes.

The first time I went to izakaya 居酒屋 with my sensei and classmates a few years ago they ordered konnyaku as a side dish; they were so surprised when I said “Oh, it is konnyaku” and ate it with no problems. I think they wanted to shock the new “gaikokujin,” but little did they know that I did not think this was a weird food at all. I inadvertently took away their fun. I think after that they realized that I was fairly familiar with Japanese foods since living in Hawai’i and visiting Japan on a number of occasions before moving to Okinawa.

In the Okinawa grocery stores, just head to the refrigerated section near the vegetables to find the konnyaku. It is usually in with the stuff like prepackaged veggies, tofu, pickles. If you want the noodle versions, usually it says shirataki しらたき on the package, though sometimes it just says 糸こんにゃく (“thread” konnyaku). The block konnyaku is usually a speckled brown-gray in color, and the noodles range from white to gray to brown color. If you have not tried it yet, give it a go. My only real recommendation is to rinse it before cooking, since sometimes they use like a seaweed powder or something and the liquid can smell a little funky. 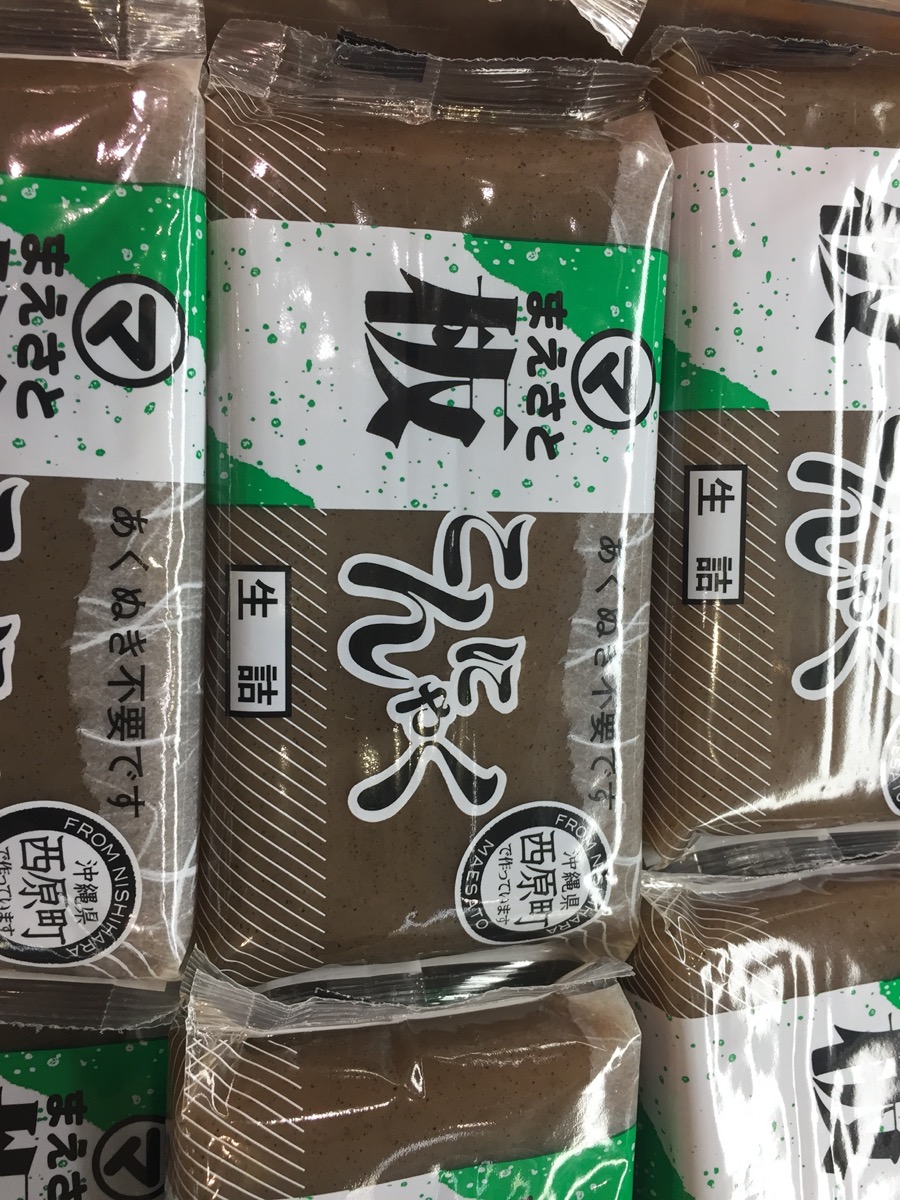