That’s not a pineapple…

Okay, so one thing I have noticed wayyyyy too often: people wondering if that strange “pineapple”-looking fruit growing on a tree by the beach is edible.

The answer? No, not really, you will regret trying to eat it and it will be rather unpleasant. You won’t die, though if you do, but you also won’t enjoy it.

It is called adan アダン… it is NOT a pineapple; pineapples do not grow on trees. It is a type of Pandanus (screw pine), and some people may refer to it as pandan. In Hawai’i, it is called hala (or also: pu hala). It is very common to see all over the Pacific, so I guess some foreigners have never seen these before. The leaves from the tree can be used in making various handicrafts though; but be careful the ones here in Okinawa can be a bit prickly. The leaves can also be used in various culinary ways in Southeast Asian cooking, but as far as I am aware, Okinawans don’t really use them for cooking. Some of the larger species of pandanus “fruit” found in other regions of the Pacific might be more “edible,” but not the ones in Okinawa.

The adan “fruit” has a lot of fiber… but not in a good way. So do not attempt to eat this, though you may notice some crabs or birds snacking on it. 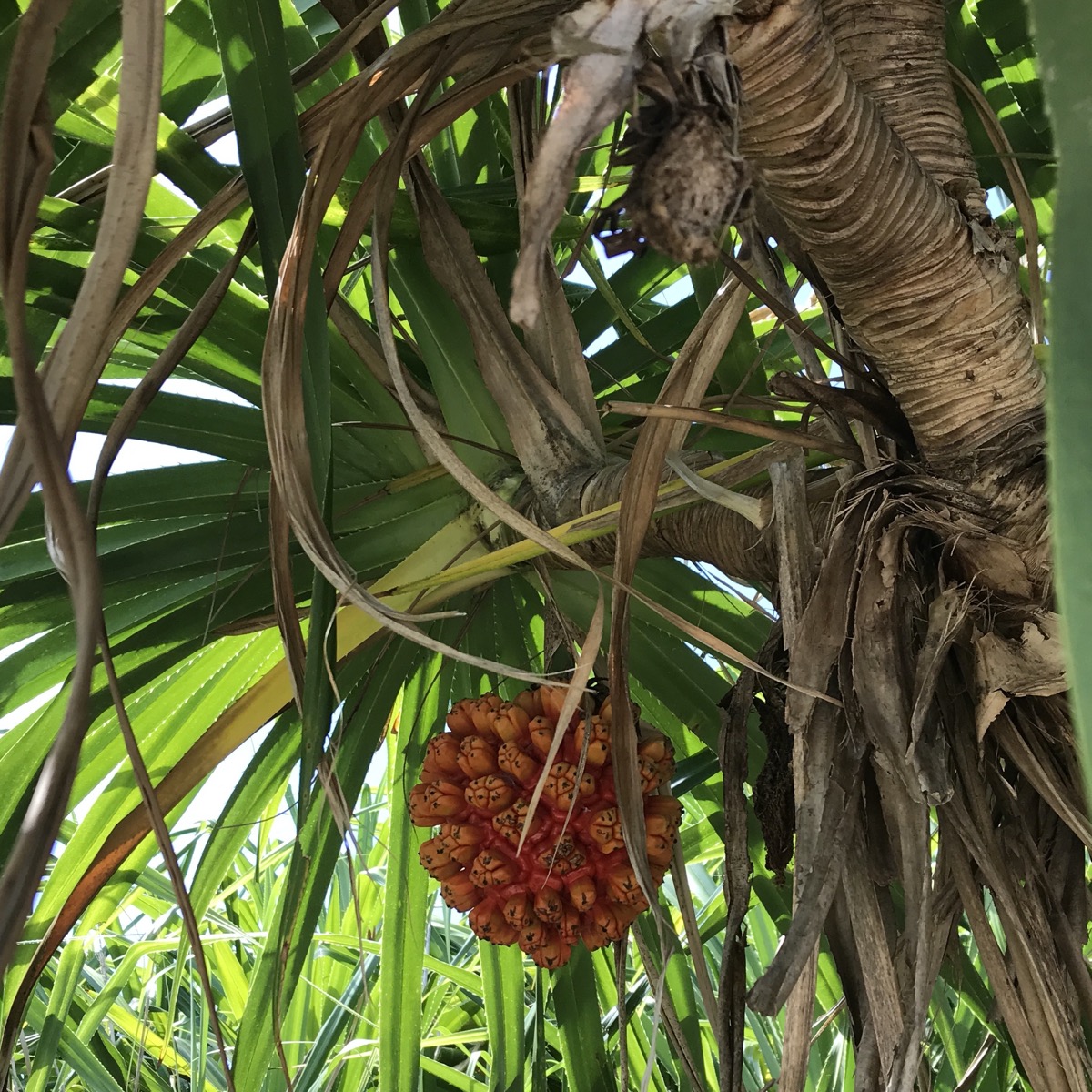