The Seaside Drive-In is an assuming place located near Moon Beach Hotel in Onna (North). It is open 24 hours, and is sort of charming in its own way. It reminds me of Hawaii, actually, so I felt very comfortable inside like I was eating back home.

The food is cheap, nothing exotic, just sort of a typical drive-in diner menu; it has “western,” Japanese and Chinese dishes (seriously, if the menu had some spam options, chili, and loco moco I would swear I was in Hawaii). My husband and I both got sandwiches, a side of fries and a soup for the husband– our bill was ~1100 yen. We were quite satisfied with our lunch. I cannot believe we passed by this place a few times to never check it out until now! If you are looking for a cheap lunch spot with plenty of options in Onna, this is a pretty decent place to check out. Plus, you can even get take-out if you don’t want to eat inside; the counter is to the left of the entrance doors outside.

Bonus: Abandoned restaurant island?! Out the window of the diner (or from the parking lot) you will spot a strange little “island” with a pretty dilapidated structure, only about 20 m from the shore. It is called “Hiituu-jima” ヒートゥー島, translated as “Dolphin Island” in Okinawan language. The reason being they used to hunt/kill dolphins in the area of Nago Bay around the island and eat them so there is some rumor of it being a haunted or ghost spot (kinda like the opposite of a power spot). Though I hear the custom of eating dophin is still practiced in the Nago area even today; it used to be a protein source for Okinawans.

The owners decided to open a restaurant only accessible by boat (you can already imagine why this might be a failing idea) that would serve hiittuu (dolphin) on the menu and started building on the small island; however they did not end up getting permission or approval from the local authorities, dooming their restaurant to never actually open. So, now it is in ruins. Perhaps the revenge of the dolphins.

There is also a rumor that unhappiness always comes to those who enter this island. There was a young man who went to the island to explore the ruins. It seems that he broke the mystery stone shrine inside and took pictures; it is said that he died the same day due to an accident.

Since it is technically private property I cannot encourage you to visit it (you could easily swim/snorkel in the area), or if the tide is low you can practically just wade out. There are signs (in Japanese) that say no trespassing, so keep this in mind if you try to seek it out and get into trouble. That being said it does not keep out some of the fearless urbex-ers, as there seem to be a few blogs out there with photos of this place, as well as a fair amount of graffiti decorating the ruined building. 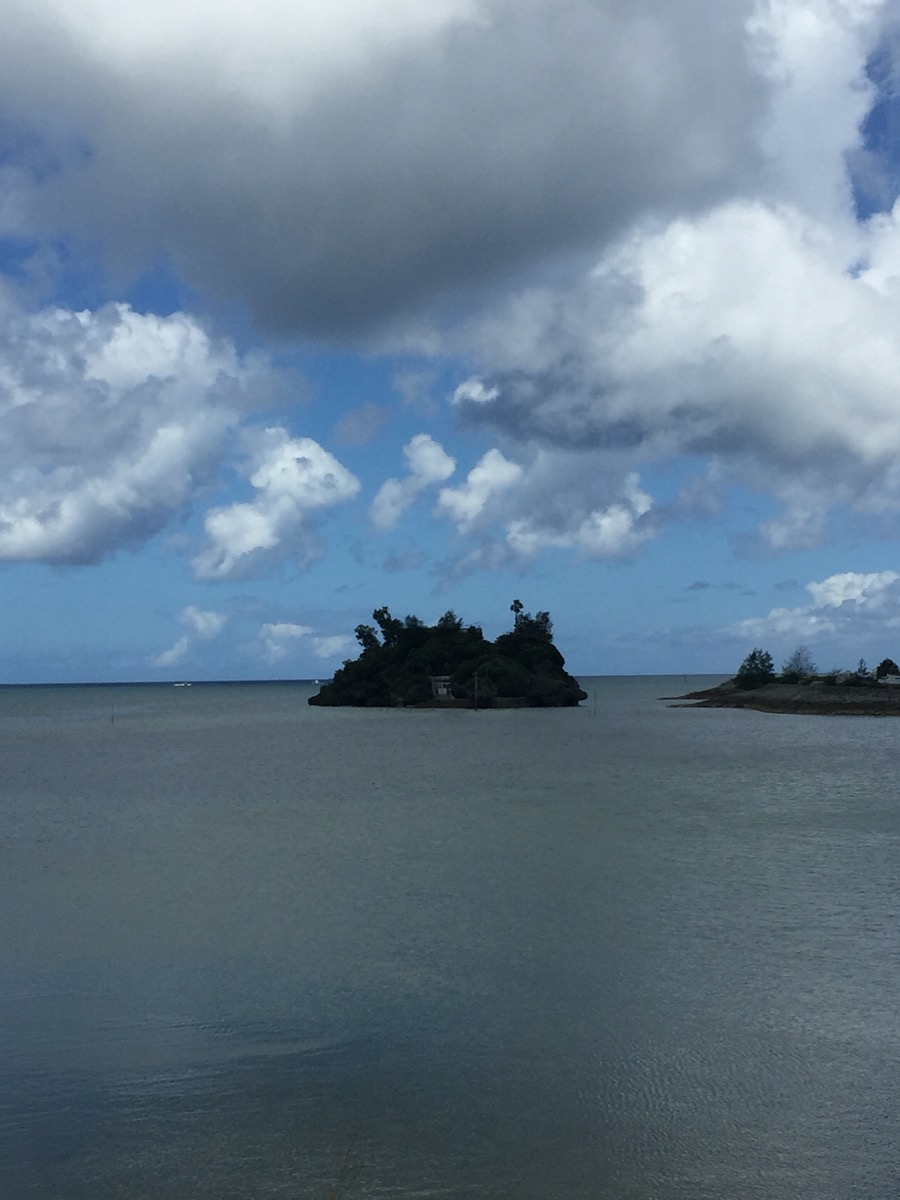