This is also associated with the event on Henza-jima, called Sangwacha (a fisherman festival). Sangwachi-gwashi (translation: March sweets) is commonly eaten by the beach.

On March 3rd of the lunar calendar, families take their girls down to the beach and get in the water to “purify” or “cleanse” them, and to pray for good health. The seawater is supposed to get rid of any bad spirits, curses, etc. Sometimes families will collect shells, harvest asa アーサー (type of seaweed) or small clams in the tidal areas, and often have a beach-side picnic. One of the ladies in my class reminisced about when she was a child, how on Hama uri her mother took her down to the beach, they would go digging for clams and then have a picnic. She explained that on this day, the tides are low, so it is easy to harvest the clams and asa.

Long ago, a young man visited a young girl of marriageable age one evening. He was obviously a nobleman, but he didn’t speak much about himself. He spoke sweetly to the young woman and they were became lovers. When the parents found out their daughter had become pregnant, they decided to discover more about who the mysterious nobleman was since he never said where he was from. The parents told the girl to stick a needle with a long thread to the bottom of the nobleman’s kimono when he next visited.

That night as he slept, the girl did as her parents told her. The next morning they followed the thread deep into the woods, into a cave, and inside the cave a huge snake was coiled up that spoke to them. The snake said if the girl did not enter the sea to purify her body, she would bear his children– they realized he was not a man at all, but a magical snake.

When the parents returned home, they immediately took their daughter down to the ocean to purify her body in the salt water– dead baby snakes flowed out of her body! The evil snake’ magic spell was broken and the young nobleman was never to be seen again.

Why March? Because of Girls Day! But this is during the lunar calendar (which Okinawans still use to celebrate traditional/religious holidays, unlike most mainland Japanese).

Sangwachi gwashi is very similar to sata andagi, except it is longer and slightly different dough. It is sort of a sweetened fried dough. It is traditionally eaten at the beach on March 3rd of the lunar year (旧暦の3月3日), Hamauri 浜下り, the Okinawa version of Girls Day. On Hamauri, Okinawan families take their daughters down the beach and purify them with ocean water.

This year, one of my dear students made some for me to enjoy and it was indeed delicious. I am fortunate to teach Eikawa (English Conversation) to a group of older ladies and one gentleman; honestly they teach me as much as I teach them. 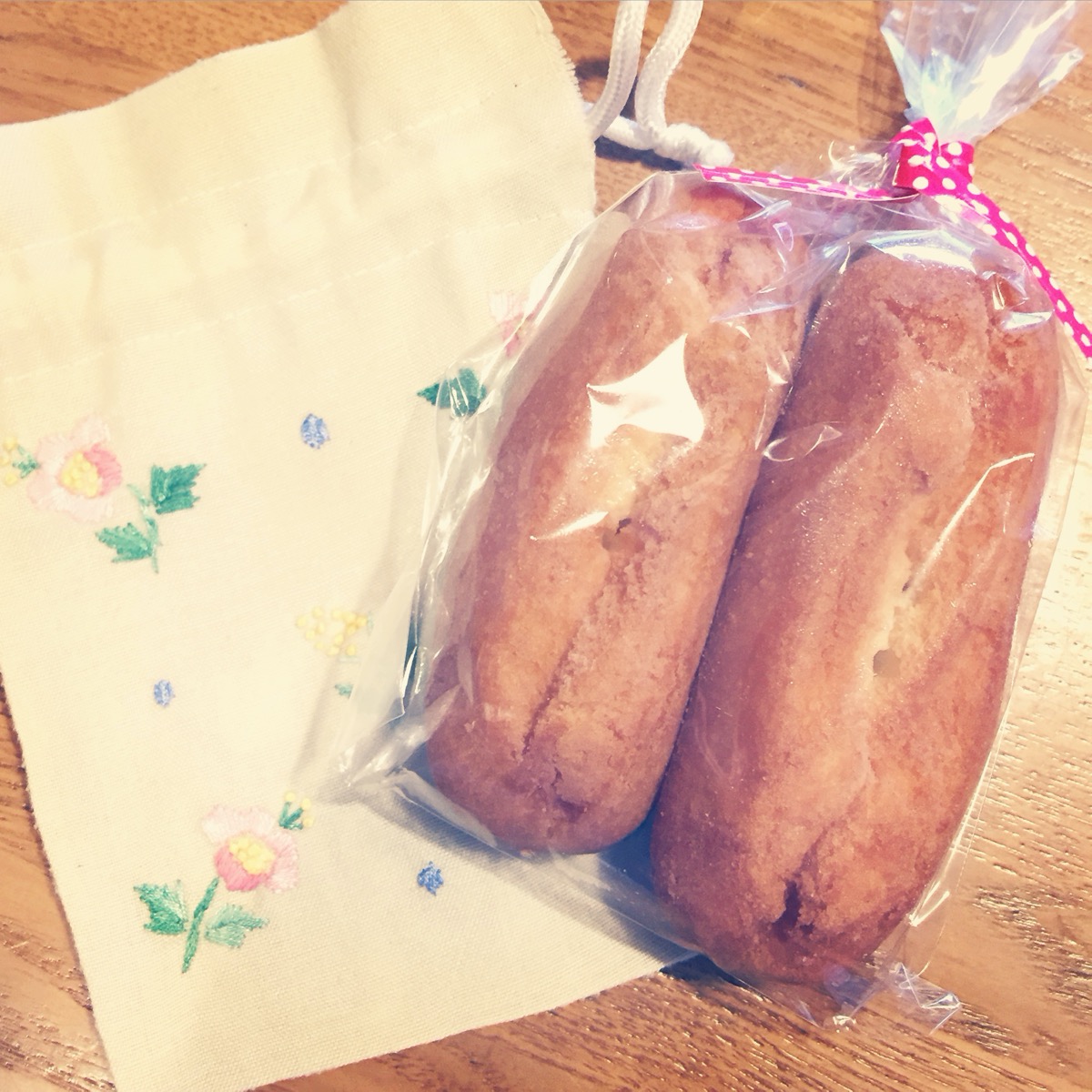