Izakaya are Japanese-style bars. But these are really nothing like American-style bars.

Often there will be an all-you-can-eat (食べ放題 tabehoudai) and all-you-can-drink (飲み放題 nomihoudai) option, which has a time interval, 90 minutes, 2 hours, or even up to 3 hours. Sometimes this is a bit risky, and you encounter some cheap, watered down beer… usually it depends on the pricing and the place. Most dishes are meant to be shared and are more appetizer style then full meals.

Izakaya are a great place to hold an informal gathering of coworkers, friends, classmates, etc. I have found Japanese people get much louder and outspoken at these gatherings, it is a good place to learn about people. For instance, I participate in a hula dance class once a week and we held a 忘年会 bonenkai (end of the year party) at a local izakaya to celebrate the success of our Christmas show. After months of nervously struggling to express myself in Japanese, I found out one of the members speaks somewhat decent English and studied at a US university for 3 years. Sigh. So, maybe I will use English when I am stuck on Japanese now.

A word of warning: some places have a “sitting” fee, which basically ensures that you spend some minimum amount. They will bring out a small appetizer dish that is “required” to purchase. Usually it is cheap, ~300円; this is done in lieu of an entrance fee. This is called “otoshi” お通し.

A tip: if you want draft beer, just order “nama” 生 (and how many you want). Draft beer is nama bi-ru 生ビール, and for short, just nama will do.

Another thing to remember: the drinking and driving BAC is very low 0.03, so always take advantage of public transport, taxi, or DAIKO services! DAIKO is a service in Japan, where someone will drive your car home for you (teamed up with a taxi). It is very convenient and fairly cheap, just a little more than a regular taxi one-way. And much cheaper than a DUI.

In Okinawa, one of the izakaya I like is called Paikaji ぱいかじ and it has a location near to the university. It is more local food and has Ryukuan entertainment on weekends. You and your party get a private room (with a bing-bong so you can ring for the staff when you want to order something), unlike in a western bar. It also has cheap beer specials.

Next time you are in Japan or Okinawa, be sure to stop by a local izakaya (the more salary men, the better). 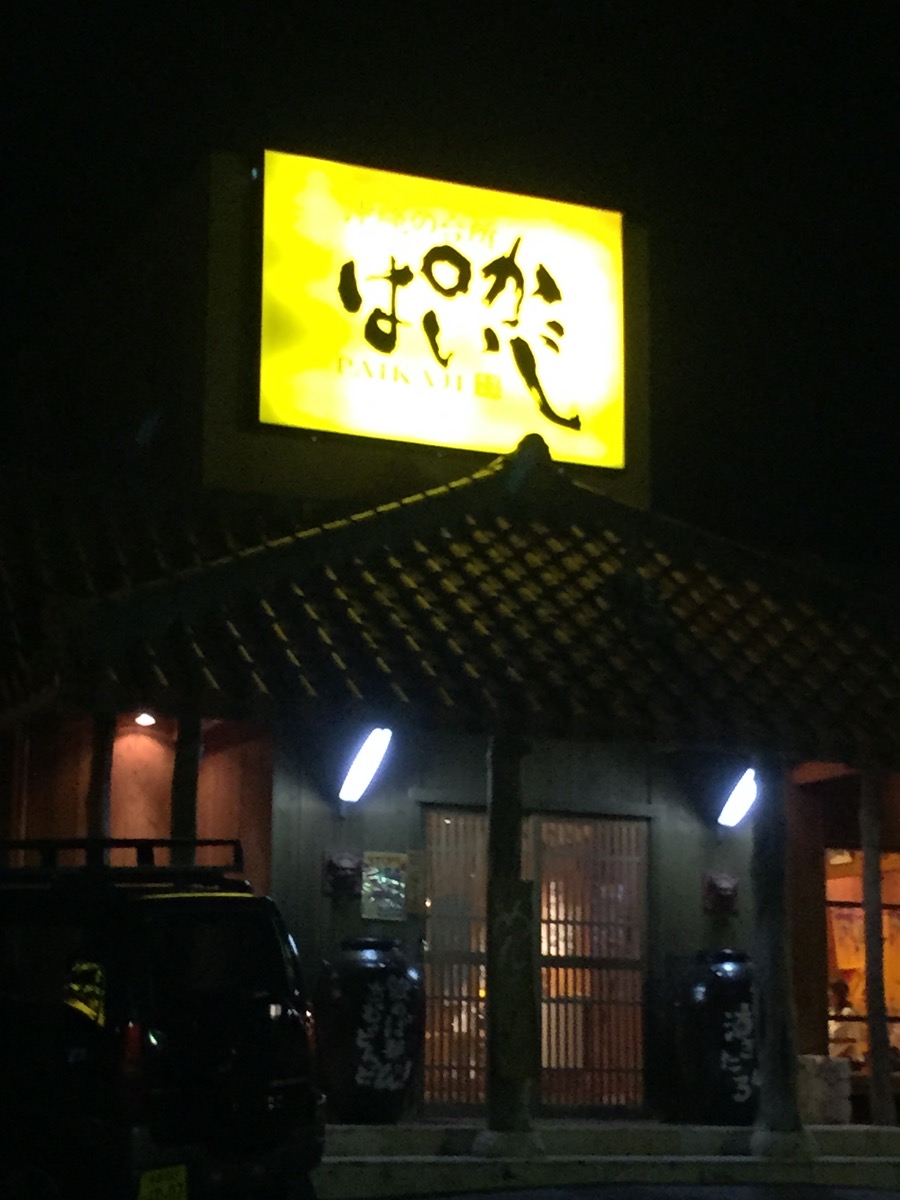