35 can be pronounced “san” (3) + “go” (5). サンゴ sango is also the word for “coral.” So 35 coffee is actually pronounced sango coffee (not thirty-five coffee); it is a brand of coffee in Okinawa that supports coral research and conservation, making it a very eco-friendly coffee! It is a decent brewed cup of coffee, at any rate.

You can get brewed cups from the 35 coffee stands (one is in front of DonQ on Kokusai-dori and some others are located in the monorail stations, and another in the Naha LCC airport terminal, and probably more, these are ones I can remember) or purchase beans from many stores (including DonQ, Aeon, and even the airport souvenir stands).

The coffee itself is made using coral fossils during the roasting. Obviously coffee beans  are imported since Okinawa is not a coffee producer.

It is normally banned to harvest corals according to the Okinawa Prefecture Fisheries Regulations, applicable to even the fossils of corals, which means only companies that have permission from the prefecture can collect them. The 35 Coffee company acquired a permit from Okinawa Prefecture to use weathered corals for the roasting process and to purchase them from authorized companies.

A portion of the profits received from the sales of the coffee go to the “Coral Reproduction Project.” So I think it is good to support the corals in the Okinawa ocean and try some 35 (sango) coffee when you get the chance. Corals globally are effected by increasing ocean temperatures and human industrialization, and numbers have been dwindling for several years now.  Thriving coral reefs play an important role in the balance of ocean eco-systems, and can even provide some protecting and mitigating effects on storm waves and tsunami to help protect human populations that live along coastlines. 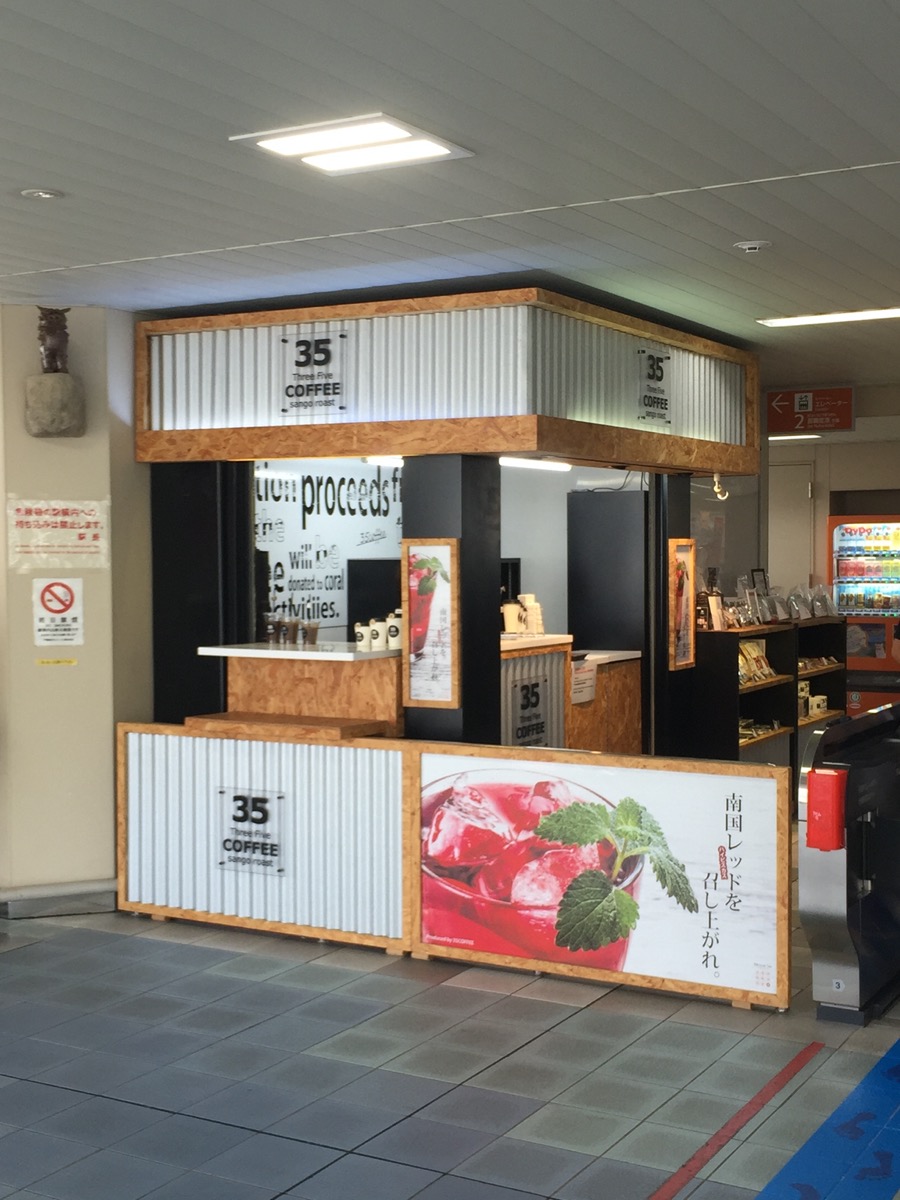 At the Okinawa Food and Flower Festival, the newly renewed Nanto Brewery had a booth promoting their Okinawa Sango beers. Their new beers are made with water filtered with Okinawa corals. Previously, their beers (under the brand Nihede) were quite horrible. At first we walked by their tent, unconvinced, but then thought, with this new line… better give them another try, right? Especially since it was on draft.

So, my husband and I decided to go big and pay for the 1000yen, 4 beer sampler set. The set included:

Saison- I liked this one, but my husband does not like saison-style. This is a seasonal beer and not on their usual rotation.

IPA- We both agreed this was probably our favorite. Citrusy and refreshing. My husband does not usually like IPAs but he liked this one… I don’t think it really tasted much like an IPA, but either way, it was good.

ALT- I don’t know what exactly an alto German beer is, but it was a reddish-brown beer. Not bad.

Black Ale- my husband liked this one; I don’t like a lot of black ales, so this one was not really for me.

Overall, these beers were way better than their previous incarnation. That being said, I probably wouldn’t pay 500yen a bottle, but on draft… probably I would, if I was feeling fancy.

The Nanto brewery is located out of Okinawa World in Nanjo, so you can give them a visit.
address: https://goo.gl/maps/4nHJgV2gNgm